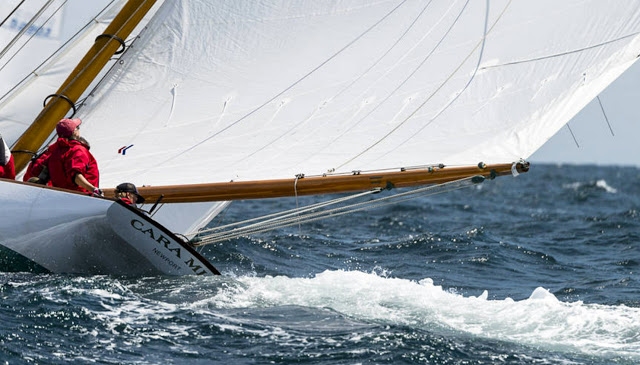 I did some classic yachting over the weekend, you know the kind where sailors show up in bowties for the race and sip champagne and feast on finger sandwiches once the action is over. And classic it was. I was on a friend’s Alden Challenger, a lovely 38 foot yawl with plenty varnish and a set of brand new Great Circle Sails (yes I had to get that plug in there). I enjoyed the sailing even if the race committee were morons and set impossibly long courses with no way to shorten them once the wind died. But other than the fine sailing there was one thing that I took away from the weekend. I am damn glad that there have been some improvements in sailboats over the last few decades. 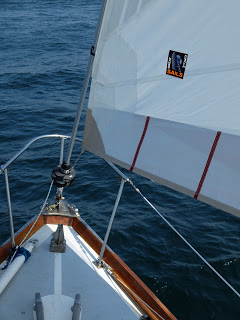 Let’s start with winches. We had single-speed hand-crank winches with what looked to me to be insanely short winch handles. It took some serious arm work to get the sail in after each tack and I could not help but think how much more pleasant the day would have been with a modern two or three speed winch. Then there was the problem of tacking through 110 degrees. The lovely old Alden had a full keel with  attached rudder that made each tack a slow arc and long ‘build to speed’ but the thing that was most difficult were the tacking angles. It was not much use to tack on each wind shift; instead it was more like banging the corners to avoid having to tack at all or get depressed when you saw the angle of the next tack. Yup those fin keels and spade rudders sure were a nifty invention.
The sails were Dacron and the sheets old polyester. I am used to sailing with membrane sails and dyneema sheets and was never too concerned when a puff hit. I knew that the sails were going to stay as they were, but I had forgotten just how much Dacron sails and old polyester sheets stretch. Each time a puff hit the leech of the sail, which had been up snug against the spreader, was suddenly a foot away and the only way to remedy this was with that aforementioned one speed winch and a lot of elbow grease.
Our boat was fiberglass but still heavy and it was painful to see how long it took to get the boat back up to speed after each maneuver. It was a slow build with the trimmers making the final adjustments as the apparent wind increased. How I missed one of those light, carbon hulls that barely dropped a knot each time we tacked. There was, however, one advantage to the extra weight. When we needed to shoot the windward mark against the tide the boat kept its momentum just long enough for us to squeak around.
Changes in sailing come incrementally, and year to year we hardly notice the difference, but when you get to sail on a boat that is older than yourself you can really see what the old timers went through. I guess that was back in the days when men were men and so were the women. 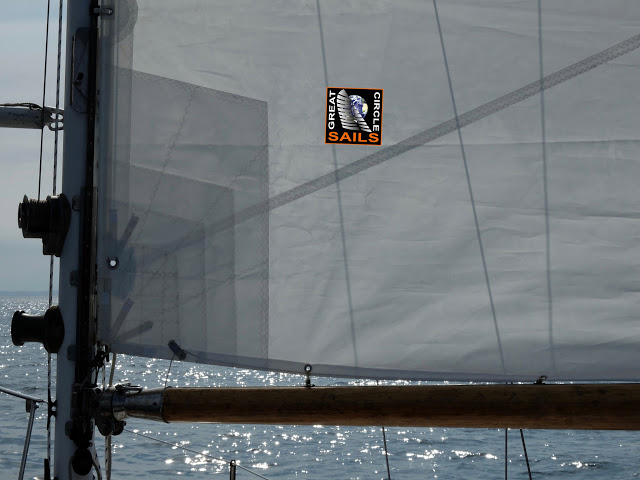