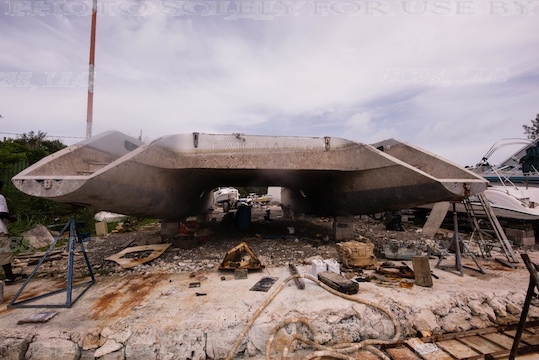 No kidding! Though she is in rough condition. This is Gunboat 55 hull number one, which was dismasted and abandoned by its owner and crew 200 miles off Cape Hatteras in January 2015. She was spotted and recovered off Bermuda this past March. Now she’s on the hard and is being auctioned off, with the starting bid pegged at $15K. Bids must be received by September 6. 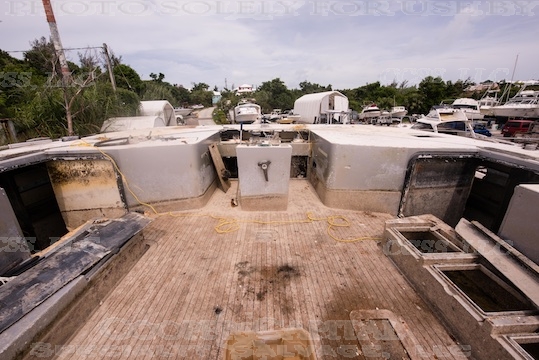 The bridgedeck, with a mere stub of a wheel hub left on the steering pedestal. The teak decking doesn’t look half bad! 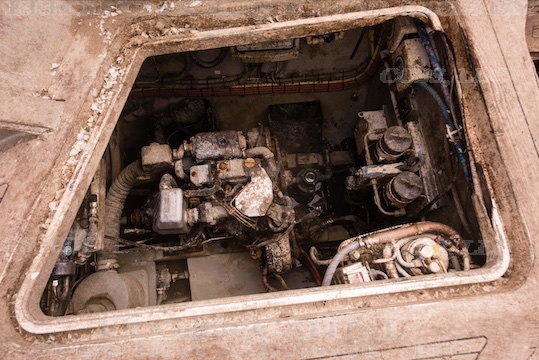 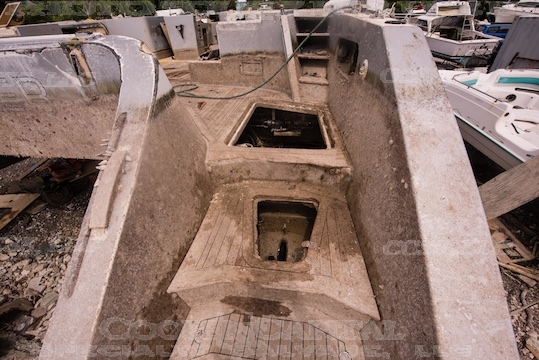 Starboard transom. You can clearly see here how much of the hull was submerged 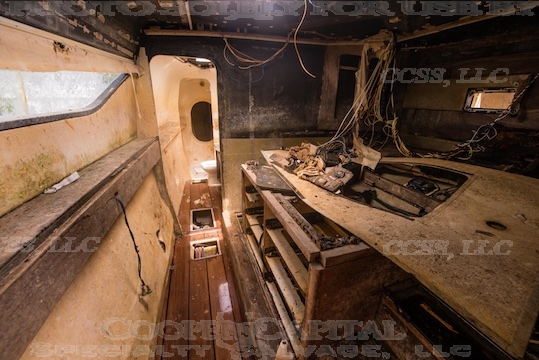 Interior living space. I assume the structure on the right with missing drawers is a double berth frame. Not sure what that is lying across it 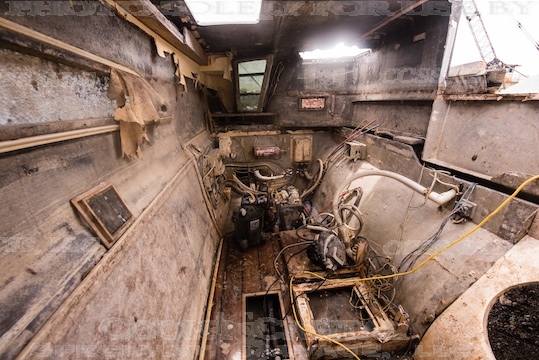 Another interior shot, looking into some sort of machinery space